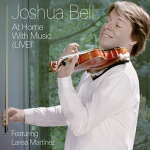 We are excited to announce Joshua Bell‘s release of the ... END_OF_DOCUMENT_TOKEN_TO_BE_REPLACED

Sony Classical announces the release of Joshua Bell – The ... END_OF_DOCUMENT_TOKEN_TO_BE_REPLACED

Get select vinyl from Yo-Yo Ma, Joshua Bell, The Piano Guys, Tall Heights, Robert Randolph and more on Sale Now For a Limited Time | Exclusively at Barnes and Noble!

Now for a limited time get select vinyl titles from ... END_OF_DOCUMENT_TOKEN_TO_BE_REPLACED

With a career spanning more than 30 years as a soloist, chamber musician, recording artist, and conductor, Joshua Bell is one of the most celebrated violinists of his era. Named music director of the Academy of St. Martin in the Fields in 2011, he is the first person to hold this post since Neville Marriner formed the orchestra in 1958. Mr. Bell is an exclusive Sony Classical artist and recipient of the Avery Fisher Prize. He has recorded more than 40 CDs, garnering Grammy, Echo Klassik, and the Gramophone Classical Music awards.

As a member of President Obama’s Committee on the Arts and the Humanities, Mr. Bell participated in the first cultural delegation to Cuba. He is involved in Turnaround Arts, a signature program of the committee led by Michelle Obama providing arts education to low-performing elementary and middle schools.

Bell’s new season includes performances with the Czech Philharmonic, tours of Switzerland with the Verbier Festival Chamber Orchestra and to Korea and Japan with the Orchestra de Paris; in North America with the Atlanta and Minnesota Orchestras, the Los Angeles Philharmonic and in recital with pianist Alessio Bax at Lincoln Center, ending 2016 with the Leipzig Gewandhaus Orchestra. 2017 includes tours to Europe and Australia with the Academy of St Martin in the Fields a U.S. recital tour with pianist Sam Haywood, and performances with the Montreal, Seattle Symphony and the New York Philharmonic.

Bell returns to Washington, DC for a week long Artist-in-Residence, examining synergies between music, dance, the culinary arts, literature, education and technology including the world premiere co- commission from Anne Dudley of the family concert based on the best-selling book children’s book The Man with the Violin, inspired by Bell’s incognito 2007 Washington, DC Metro performance.

Bell received his first violin at age four and at 12 began studying with Josef Gingold at Indiana University. At 14 he performed with Riccardo Muti and the Philadelphia Orchestra and at 17 made his Carnegie Hall debut. Perhaps the event that helped most to transform his reputation from ‘musician’s musician’ to ‘household name’ was his incognito performance in a Washington, DC subway station in 2007. Ever adventurous, Bell had agreed to participate in the Washington Post story by Gene Weingarten which thoughtfully examined art and context. The story earned Weingarten a Pulitzer Prize and sparked an international firestorm of discussion which continues to this day.

AN INTIMATE MUSICAL ADVENTURE, WITH PERFORMANCES BY

JOSHUA BELL AND LARISA MARTÍNEZ, AS WELL AS GUEST ARTISTS

The program centers around a musical soirée of intimate performances from home, while also sharing a behind-the-scenes look at family, Bell’s own musical inspirations, and more. In addition to salon-style performances starring Bell and his wife, soprano Larisa Martínez, the recital also features guest artists and friends Jeremy Denk, Peter Dugan, and Kamal Khan. The program comprises both core classical material and new arrangements of beloved works, including works ranging from Beethoven’s Spring sonata to a newly-envisioned West Side Story medley.

With more than 40 CDs recorded during a career spanning over thirty years as a soloist, chamber musician, conductor and director, Joshua Bell is one of the most celebrated violinists of his era. Since 2011, Bell has also served as Music Director of the Academy of St Martin in the Fields, succeeding Sir Neville Marriner, who formed the orchestra in 1958.

Just released is an exclusive single recording of Chopin’s “Nocturne in E-Flat Major, Op. 9, No. 2 featuring a new arrangement by Bell for violin and chamber orchestra, available only on Amazon Music HD, a new tier premium quality streaming audio from Amazon Music.

Recently, Bell joined cellist Steven Isserlis and pianist Jeremy Denk to record Mendelssohn’s piano trios, slated for release in early 2020. He also collaborated with the Singapore Chinese Orchestra on a record featuring the Butterfly Lovers’ Violin Concerto, to be released in fall 2020.

Bell maintains an avid interest in film music, having recorded many soundtracks for the cinema. He recently commemorated the 20th anniversary of The Red Violin (1998) in 2018-19. The film’s Academy-Award winning soundtrack features Bell as soloist and in 2018, Bell brought the film with live orchestra to summer festivals and the New York Philharmonic.

An exclusive Sony Classical artist, his many  recordings  have garnered GRAMMY®, Mercury®, Gramophone and OPUS KLASSIK awards. Bell was at last year’s GRAMMY Awards show, having received a nomination for his release with The Academy of St Martin in the Fields of Bruch’s Scottish Fantasy and G minor Violin Concerto.

In 2007, a Pulitzer Prize-winning Washington Post story on Bell performing incognito in a Washington, D.C. metro station, sparked a conversation regarding art and context and inspired Kathy Stinson’s 2013 children’s book, The Man With The Violin. In 2017, Bell debuted Man With The Violin family concert, including a newly-commissioned animated film, with the National Symphony Orchestra at the Kennedy Center.

Born in Bloomington, Indiana, Bell began violin at age four, and at age twelve, began studies with Josef Gingold. At 14, Bell debuted with Riccardo Muti and the Philadelphia Orchestra, and debuted at Carnegie Hall at age 17 with the St. Louis Symphony. Bell received the 2007 Avery Fisher Prize and has been named Musical America’s 2010 “Instrumentalist of the Year” and an “Indiana Living Legend.”

Bell performs on the 1713 Huberman Stradivarius violin, with a François Tourte 18th-Century bow. 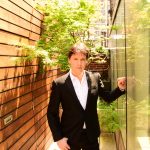 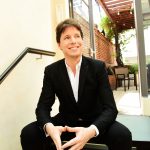 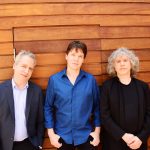