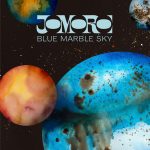 JOMORO is the alias of the musical merger of… Joey ... END_OF_DOCUMENT_TOKEN_TO_BE_REPLACED

JOMORO NEW SINGLE “UNTIL WE EQUAL (FEAT. BRANDON MARKELL HOLMES)” OUT NOW – LISTEN HERE   DEBUT ALBUM BLUE MARBLE SKY OUT JUNE 4TH VIA SONY MUSIC MASTERWORKS   “’TEAR THE WORLD DOWN’ MAKE IT REAL LOUD GOTTA LIFT UP THE PEOPLE TRY TO TEAR US DOWN WE TOO PROUD”   SINGLE ARTWORK (FOR MEDIA […]
Read More

“’TEAR THE WORLD DOWN’

GOTTA LIFT UP THE PEOPLE

TRY TO TEAR US DOWN

Before reaching out to collaborator Brandon Markell Holmes to add his lyrical and vocal genius, Jomoro’s Joey Waronker and Mauro Refosco created an instrumental track inspired by Brazil’s Baile Funk music and culture. Immediately inspired by the song’s energy, Holmes recalls, “When I initially heard the track I loved the energy. It was extremely fervent and urgent. My initial thought was: What do I write about?? What is important enough to match this energy. I knew it had to be about something meaningful, and at the time we were still heavily in the middle of George Floyd & Breonna Taylor unfortunate tragedies. I felt I had to speak.”

According to Joey Waronker, “We had no idea what to expect when we shared the music with Brandon in summer of 2020 but his first pass lyric was spot on. It’s interesting to me that the track is inspired by music that comes from community experience, and that Brandon caught the zeitgeist of this moment in which so many of us are coming together to express a need for more humanity. It’s been a great pleasure to collaborate with him on this track.”

As Mauro Refosco says, “Musically, ‘Until We Equal’ was inspired by the Baile Funk movement that has taken place in Brazil since the ’90s. With easy access to drum machines and loop making devices, it was just a matter of time for old Afro-Brazilian rhythms to make their way into these new aesthetics. The music here is built on a driven rhythm that migrated from the shantytowns to the mainstream.”

“Until We Equal” will appear on Jomoro’s debut album Blue Marble Sky, out June 4th via Sony Music Masterworks.

JOMORO is the alias of the musical merger of…

Joey Waronker – Veteran drummer of session and live renown with the likes of Paul McCartney, Johnny Cash, Adele, Beck, Roger Waters, Air and R.E.M., and full-fledged member of Ultraista and Atoms for Peace, the latter of which also featured bandmate…