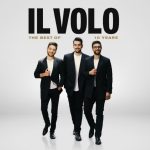 Following the success of their July 1, 2016 concert in ... END_OF_DOCUMENT_TOKEN_TO_BE_REPLACED

Their first meeting was in 2009… Today, the trio celebrates its 10th anniversary with concerts all over the world and more than 2 million records sold!     WORLDWIDE RELEASE OF “10 YEARS” THE BEST-OF ALBUM CELEBRATING THE CAREER OF THREE UNBELIEVABLE VOICES  Also available as CD + DVD with the evocative images of the […]
Read More

Today, the trio celebrates its 10th anniversary
with concerts all over the world and more than 2 million records sold!

2009 was the year of the first meeting between Piero, Gianluca and Ignazio: three unbelievable voices that are celebrating their 10th anniversary as a group this year. A decade studded with concerts that have enchanted audiences worldwide, with more than 2 million records sold! To mark this important anniversary, on Friday November 8th, their new album “10 Years” (Sony Music) will be released worldwide – a best-of collection by IL VOLO including all the hits of a career that has reached well beyond national borders.

“10 Years” will be launched in various versions, including one specifically created for the Latin American market and one for Japan. It is available on pre-order on iTunes as “10 Years – The best of (iTunes Edition)” with 27 tracks + digital booklet and on pre-order on Amazon.it both in the digital and hardcopy version as “10 Years – The best of (Italian and International version)” with a CD with 19 tracks or CD + DVD of the spectacular concert in Matera this summer.

The album includes all the best of Il Volo’s repertoire, from “’O Sole mio” to “My Way” and “Grande amore”, from the bel canto of the Italian tradition to American evergreens. The track list is comprised both by studio recordings and by new live recordings taken from the show in Matera.

Currently, Il Volo has just returned from Latin America, where they performed for more than 70.000 thousand people! These stages in America are part of the world tour to celebrate their 10th career anniversary. The tour started in May 2019 with the live concerts in Japan.

Before going to South America, the trio got on stage this summer in the most suggestive locations in Italy, from the Teatro Antico in Taormina, to the Arena in Verona (sold out with 10 thousand tickets sold), held concerts in Europe,  Russia  and in Eastern Europe, with 9 gigs and over 30.000 paying audience.

Piero Barone, Gianluca Ginoble and Ignazio Boschetto started their careers at a very young age, in 2009, and their constant ascent has led them to sing duets with artists like Barbra Streisand and Placido Domingo, to win the Sanremo Festival at the young age of 20, to fill the Arena di Verona and the New York Radio City Music Hall, and to reap standing ovations in their tours all over Europe, America, and Japan. Their last album, “Musica”, which contains the song “Musica che resta”, which won them the podium at the Sanremo Festival, was one further confirmation of their worldwide success. The trio’s album was among the TOP 10 of best-selling albums on iTunes in as many as 14 countries, from Malta to Brazil, from Finland to Israel, and made second place in the daily ranking of best-selling records in Japan (Original Confidence Daily International Music Charts), second only to the soundtrack of Bohemian Rhapsody. 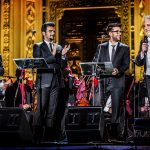 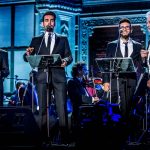 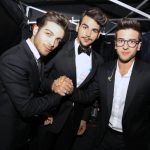 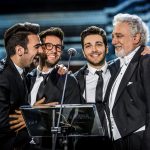