Sony Classical announces the release of Piano Circle Songs by Francesco Tristano. Mature and focused on the essentials: Francesco Tristano explores the simple beauty of melodies on his first album entirely devoted to his own piano compositions. Francesco Tristano to perform works solo in concert this autumn. Out September 8, 2017.

Sony Classical announces the release of Piano Circle Songs by Francesco Tristano Mature and focused on the essentials: Francesco Tristano explores the simple beauty of melodies on his first album entirely devoted to his own piano compositions Album featuring Chilly Gonzales on 4 tracks Francesco Tristano to perform works solo in concert this autumn Out September […]
Read More

Mature and focused on the essentials: Francesco Tristano explores the simple beauty of melodies on his first album entirely devoted to his own piano compositions

Francesco Tristano to perform works solo in concert this autumn

With the release of his new album, acclaimed pianist Francesco Tristano returns to his first passion with a selection of beautiful, newly composed works for solo piano. Piano Circle Songs – his first solo piano recording in 5 years – also features award-winning Canadian pianist and songwriter Chilly Gonzales on four of the tracks, of which Gonzales composed “Tryst” himself for the album.

After several years of working with beat-driven electronic music, Tristano’s latest recording explores the gentler, more innocent side of his creative personality with simple, poignant melodies being the key creative impetus.

Tristano explains this new direction: “I love the beats, I love the constant impulse. The music on Piano Circle Songs is the opposite. It’s very intimate, a melodic way of composing that has been largely inspired by the fact I had children. They made me explore a gentler phase of what I could do at the piano, in terms of writing.”

It was important for Tristano to capture the intimacy of the music in both the recording and the post-production phases. By purposefully placing mics close to the instrument, he wants the listener to experience the sensation of having “their ear inside the piano”.

The album theme of “circle” reflects the cyclical nature of the pieces themselves; many of the works follow ABA form or extended variations of this. Tristano also drew inspiration from a chance conversation with Chilly Gonzales and reflections on the behavior of his children.

Tristano explains: “I had already written a couple of ‘circle songs’ and in my first meeting with Chilly Gonzales, we were incidentally talking about circles. That most perfect and yet simple geometric form. For me it’s a perfect shape because you get 360 degrees without even taking a right or a left turn. It encapsulates the idea of a cycle, like the seasons, so whatever state you’re in you’ll return to it. And it also reminds me of the behavior of children because children are I think the greatest representatives of human kind. And their behavior is very much in a circular pattern. They might change personality 18 times a day, but by the time it’s bedtime, they are back at the original starting point of the circle.”

Chilly Gonzales recalled from their first meeting, “I was also saying that for me the piano is the platonic ideal form to represent music, to represent melody, harmony and rhythm – like in opera rehearsals where the whole orchestral score gets shrunk down for piano. I was saying, there’s all these circles around here right now, and I remember pointing at the hamburger bun and saying, look, here’s a circle. How do we know it’s a circle? We’re comparing it in our minds to some idealized version of a circle that never actually existed. Because I compare it to this idealized circle form and the piano for me is that platonic ideal of music. That’s why I like to work on the piano alone and I don’t really add anything. I just want the most accurate representation of this platonic-form idea.”

Of their creative collaboration Chilly Gonzales added: “Moments like meeting Francesco, I realize how much musical positivity I have inside me just waiting for someone like him to be able to focus on it. Because it’s pretty rare to meet another musician who is someone you like to be around and someone you like to play music with.”

Tristano will perform the music from the album in concert this autumn in Berlin, London and Paris. Please note: Chilly Gonzales will NOT be joining any of the performance dates.

Born in Luxembourg in 1981, Francesco Tristano is a classically trained and experimental pianist, keyboardist and composer whose musical endeavours are hard to categorize. His career has seen him meld different forms of music into new listening experiences – often working with baroque music, electronic, dance, techno and avant garde music, and collaborators working at the top of these fields. His mantra is “Music is music” – borrowed from Alban Berg’s reflection on why there was no real distinction between what we consider “educated” music and “popular” music.

His previous recordings embrace a broad spectrum such as programs based on John Cage and Bach (“Bach/Cage”, 2011), Buxtehude and Bach (“Long Walk”, 2012) and Ravel and Stravinsky (“Scandale”, 2014). He has released a variety of experimental and collaborative albums from across various labels ranging from the most recent, “Versus” (2017, with influential electronic producer Carl Craig), to “Not for piano” (2007). He also records for the dance label Get Physical Music. 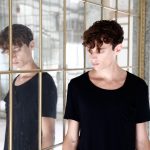 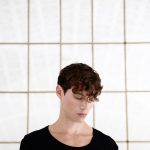 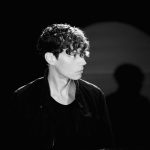 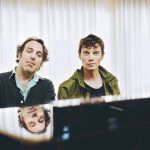