Latest Release : Carol of the Bells 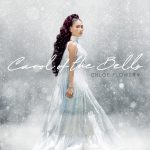 We are proud to announce that CHLOE FLOWER returns with ... END_OF_DOCUMENT_TOKEN_TO_BE_REPLACED

Hot off the back of her blockbuster featured performance with ... END_OF_DOCUMENT_TOKEN_TO_BE_REPLACED

CHLOE FLOWER BRINGS OLD HOLLYWOOD GLAM IN NEW HOLIDAY MUSIC VIDEO “CAROL OF THE BELLS”   NEW YORK, NY (November 20, 2020) – After giving the holiday classic “CAROL OF THE BELLS” an eloquent twist on her latest single, dynamic pianist, producer, and activist CHLOE FLOWER today unveils the music video for the track, which was co-written and co-produced alongside GRAMMY® […]
Read More

NEW YORK, NY (November 20, 2020) – After giving the holiday classic “CAROL OF THE BELLS” an eloquent twist on her latest single, dynamic pianist, producer, and activist CHLOE FLOWER today unveils the music video for the track, which was co-written and co-produced alongside GRAMMY® Award-winning icon Kenny “Babyface” Edmonds. Once again, Chloe teams up with Asian-American female director Deb Tam who shot the music video on film. “Carol of the Bells” delivers a cinematic visual that evokes old Hollywood glamour as it switches from black-and-white to color vignettes.  Taking place in the iconic Grand Prospect Hall in Brooklyn with Great Gatsby glee and high-fashion elegance, Chloe performs with palpable passion at a Steinway & Sons piano as a choir carries the heavenly chorus and ballroom dancers joyfully launch stunning routines. Fans can purchase and stream “Carol of the Bells” here and watch the music video here.

“My inspiration for ‘Carol of the Bells’ was to bring the joy of music and dance to everyone this holiday season,” says Chloe Flower. “With this video, I set out to create a dream world where everyone can escape this difficult time and celebrate the spirit of Christmas, no matter where you are. The director’s exquisite old Hollywood vision came to life by intersecting fashion, choreography and piano, bringing glamour to instrumental music.”

Styled by Colin LoCasscio,  Chloe’s  wardrobe proves almost as impressive as her playing as she’s spotted in  Liberace’s ornate white coat, graciously on loan from The Liberace Foundation, The Blonds’ shimmering gold mini, Alessandra Rich and Stina Randestad couture, as well as vintage Gucci.  The pianist also worked with James Alonzo for choreography and Jackson Hallberg on art direction.

Earlier this year, Chloe released her original single “Flower Through Concrete.” Garnering critical acclaim, The Coveteur profiled her extensively and proclaimed, “Chloe Flower is changing the music industry.” Cosmopolitan also states that “Chloe will smash whatever you think you know about classical music and look fire doing it.”

The instrumental ballade, “Flower Through Concrete” follows Chloe’s 2019 release of “No Limit,” her solo piano cover of the viral hit “Old Town Road” as well as her chart-topping single debut, “Get What U Get.” Chloe’s musical style is ever-growing and has cultivated her into a multi-genre artist. “I’m so inspired by pop and classical music that when I create songs, I naturally incorporate classical ideas within a pop music structure,” notes Chloe. With an album set for first half of 2021, Chloe plans to continue her hybrid blend of classical and pop music making  a genre all her own, “Popsical.”

Continuing her mission of bringing classical music to the masses, Chloe appeared as the centerpiece at this year’s Roots X BOY MEETS GIRL New York Fashion Week event and at 2019 CFDA/Vogue Fashion Fund Finalist and Runner-Up, Danielle Frankel’s runway show with Vogue stating Chloe’s performance was a “funky, energetic spectacle.” She performed alongside Cardi B at the 2019 GRAMMY Awards, which exploded on social media and garnered over 9 million impressions and unanimous media praise. Her high-energy and high-fashion performance style has garnered attention of everyone from Pitchfork to Harper’s Bazaar with Cosmopolitan stating “Chloe Flower will smash whatever you think you know about classical music, and look fire doing it.” The superstar pianist also has received praise from The FADER, Entertainment Tonight, People, TIME and countless others.

The Pennsylvania native developed an appreciation for classical early on. By the age of two, Chloe would sit on phone books and play the piano. At 12, she went on to study at the prestigious Manhattan School of Music Pre-College under Zenon Fishbein and later with Herbert Stessin of The Juilliard School.  She continued her education at The Royal Academy of Music London, where she experienced a life-changing revelation while playing Bach and listening to hip-hop at the same time. She decided to blend the two together and quickly realized that “hip-hop beats and classical music sound really cool together.”

In 2010, she serendipitously met industry icon Kenny “Babyface” Edmonds and landed a deal with his label imprint SODAPOP/Island Def Jam. Soon, she found herself in the studio working alongside the legend and co-producing “Lullaby” for Céline Dion. Swizz Beatz caught a set and invited her to contribute to Nas’s 2012 chart-topper Life Is Good. As a result, she was featured prominently on record highlight “A Queens Story.” More recently, she teamed up with Mike WiLL Made-It, co-producing 2 Chainz for “Poor Fool” from 2017’s Pretty Girls Like Trap Music. Later that year, she also unveiled a holiday single entitled “Drummer Boy” alongside Questlove and Babyface in addition to other solo compositions. In 2018, she co-produced Swae Lee’s “Christmas at Swae’s.”

Beyond writing and performing, Chloe stands out as an active philanthropist, working with the United Nations as a UNODC Artist Ambassador, combating human trafficking and supporting music education globally with a variety of charities. Most notably in her role as a Music Education Ambassador for the Liberace Foundation.